Reaching out to children and a local market

"Hijos de Luz" is the name of an outreach to children run by Pan de Vida church in Santa Cruz on Saturday mornings. We spent the morning visiting this church and joining with them in their activities.

We had an early start to arrive in time for our own breakfast, then the children started to arrive. The session started with songs led by Pastor Belisario (Bely) - left in photo - who related so well to the children and took the time to explain the points of teaching in each song. 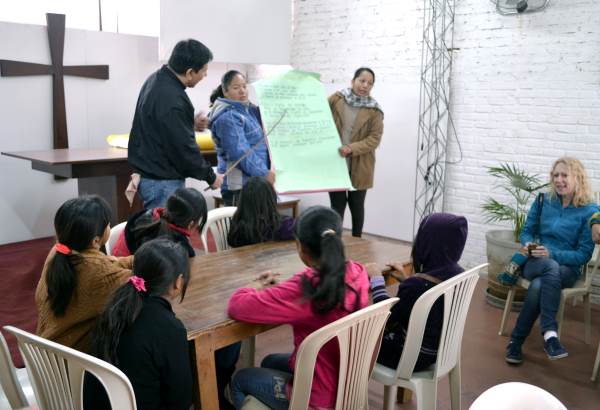 After that the children did a simple craft activity. This involved putting a thumbprint on a piece of card to signify that each of us is different but we all belong to God. We did not realise until we left that there were some extra cards there which were given to us in the team as a gift. 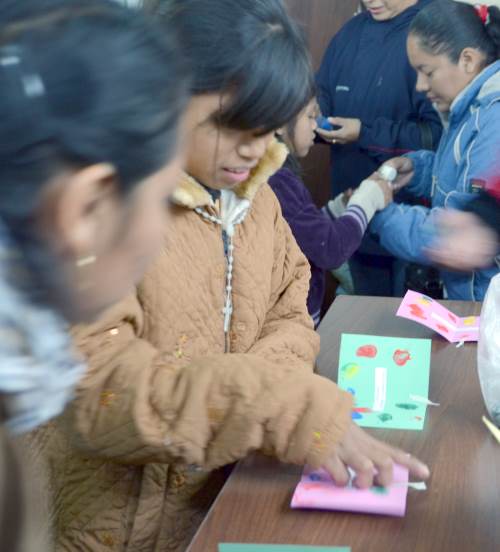 Over breakfast there was an opportunity for team members to talk to the children and find out about them and their interests. Many of the children live nearby, but some come from further away. Some of us showed photos we had brought from home, and some of the boys were especially interested in Phil's camera. It was a lovely relaxed time. 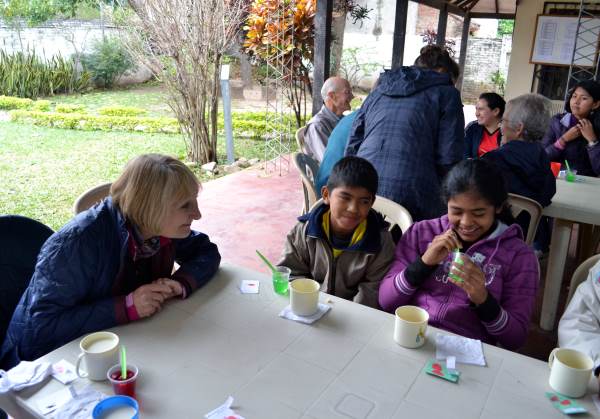 The next part of the day was to support the church in an outreach programme in the market which is almost opposite the church. This is not a market for tourists: it exists to serve the needs of local people who are anything but wealthy.

We gathered outside the market office and held a short open air service which, to our amazement, we were able to broadcast over the tannoy. There was some singing, then Maurice preached a short sermon and led a prayer. 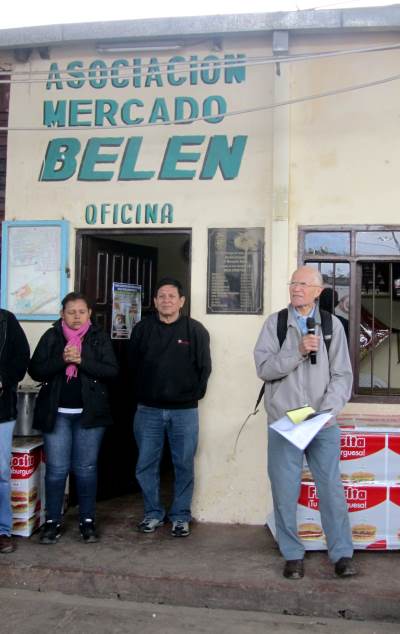 We then went around the market stalls offering to pray with each of the traders. Many happily accepted the offer, sharing concerns about their health, families and businesses. It was good to be demonstrate God's love and care for all aspects of our lives.

Next on the agenda was a football tournament, to be held on a nearby field. It took some effort to get this organised because of some confusion over who was supposed to organise it - the church or the market. Eventually some five a side teams were organised and Matt, looking very sporting in the Bolivia Marathon jacket he had been given in Tarija, blew the referee's whistle and the first matches got under way. 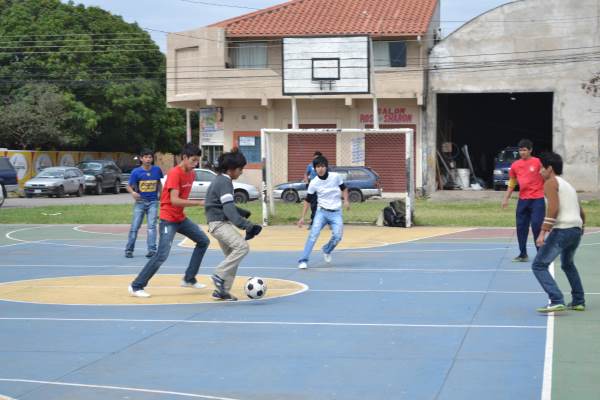 There was only time for a couple of games and the tournament will continue over the coming weeks. The hope is to make this an annual event.

Meanwhile the younger children were entertained by our team. The weather was a bit too windy for the parachute games to run properly but a game of "Duck duck goose" - translated into Spanish as "Perro perro gato" (Dog dog cat) - was much more successful. 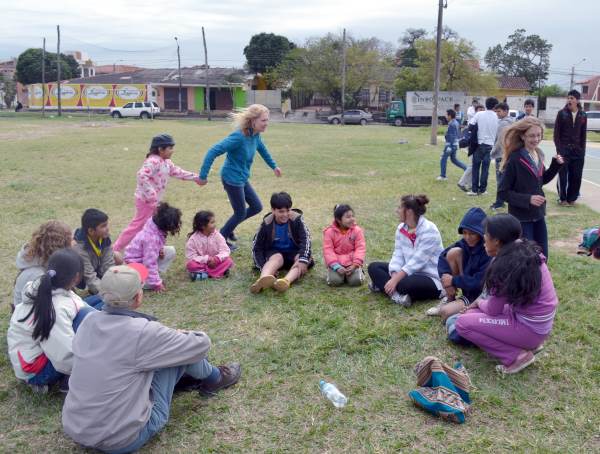 When the football had finished everyone headed back to the church. The players and children sat on the front lawn and listened as Chris gave a talk about the difference being a Christian had made to his life. Being Chris, he had to get a mention of playing rugby into the talk... but Geoff went on to speak about the recovery from death by Christian footballer Fabrice Muamba to illustrate the power of God. 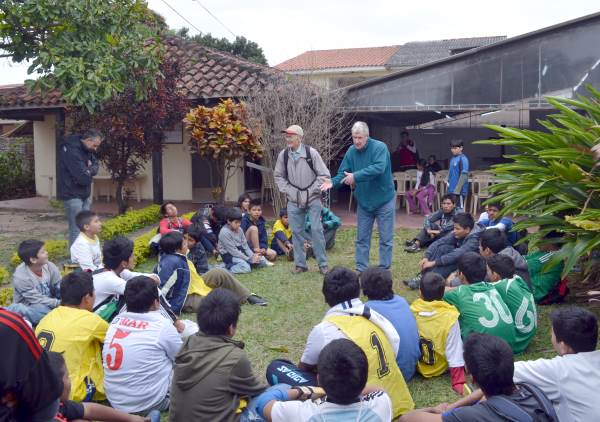 Once again we were amazed as the boys and young men listened quietly to these talks, and bowed their heads in a prayer led by Pastor Bely. The culture here is so different to that in Britain: Bolivia is a Catholic country where everyone grows up knowing something about the Christian faith and respecting it.

When the footballers and children had left, we were treated to lunch and then Pastor Bely and his English wife Claire told us something about the history of the church. The "Hijos de Luz" ministry had started in Cristo Luz del Mundo and many of the mothers of the children came along too. The church wanted to do something to help them but because of their backgrounds the mothers did not feel comfortable as part of that church. It was decided to start a separate congregation, initially meeting in homes and then moving into rented accommodation.

The present site is well placed near the market but is currently under threat because the owner wants to sell it. There is an urgent need for a huge amount of money to buy the property, a new site to rent, or a change of heart by the owner!

We really enjoyed our day at Cristo Pan de Vida and were impressed, as we have been in all the churches we have visited, by the faith, hard work and commitment of its leaders.