Not for sale: Stop the Traffik

The Christ Church youth groups held a special 24 hour event in support of the Stop the Traffik campaign against human trafficking. They were sponsored to ride two exercise bikes throughout all 24 hours.

Adult members of the church were invited to breakfast to learn about the issue - and make a donation.

The event raised over £600 and helped to made everyone involved more aware of the awful reality of human trafficking. 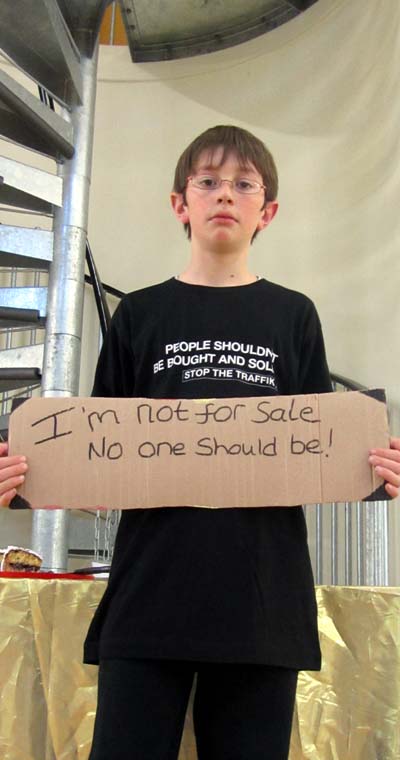 Everyone who took part made their statement against human trafficking

“It seems to be in all countries all around the world, and younger and younger people are being taken”

During the evening of the 24-hour event, the older group heard from someone who is directly involved in trying to rescue young women who are brought from Eastern Europe and trapped in the sex trade. With the help of a hard-hitting video, she described how these women are lured to the West with the promise of a better life, or simply kidnapped.

It's not just an issue for women: what about the men who use their services? The stories she told left everyone in stunned silence.

“The woman who spoke to us was really inspiring. It was quite shocking, but it got us all thinking”
“We heard the story of a woman taken as a 14-year old - she ended up in prison, feeling dead and worthless” 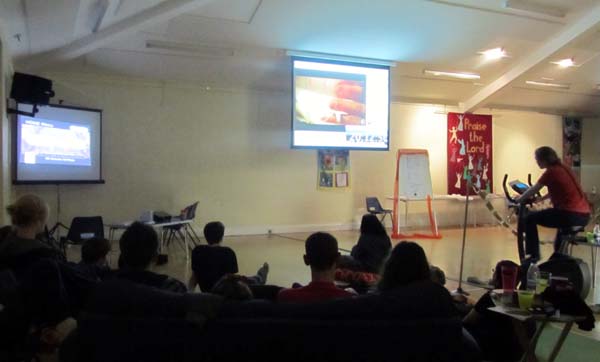 When two large policemen called late one night just as the Reloaded group was finishing, our youth worker was naturally a little concerned. It turned out that they had come to support the Stop The Traffik event and wanted to know how they could help with our enquiries.

Police Officer Scott returned during the event and described to the younger group how the police deal with suspected cases of trafficking. The victims are usually young, female and afraid, and might speak almost any language. Their "employers" may react with violence and have to be forcibly restrained. 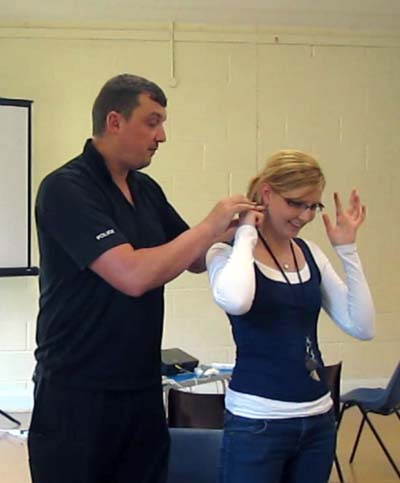 "I'll come quietly": Ellen learns about pressure points. A beginners' guide to conducting a police raid was also a reminder that this crime is happening right here in our city 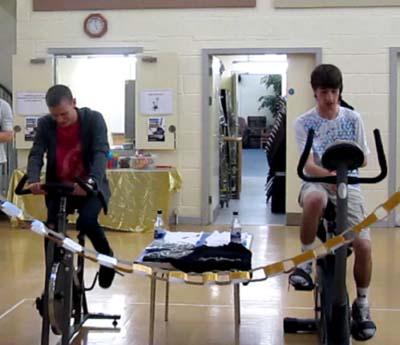 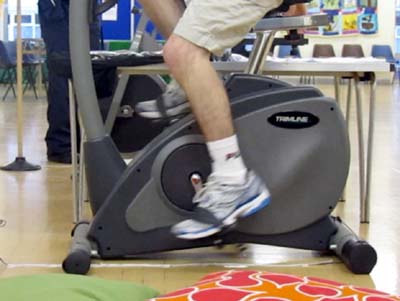 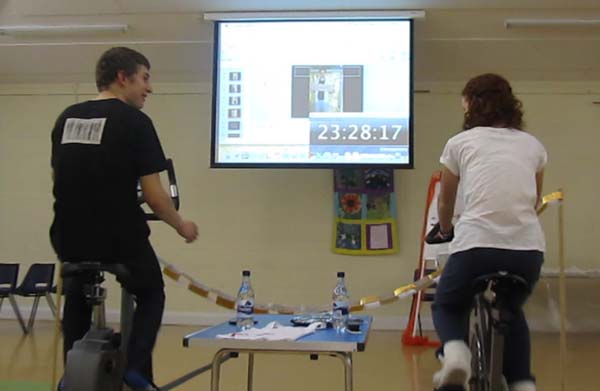 17.32: A new pair of cyclists takes over every half hour 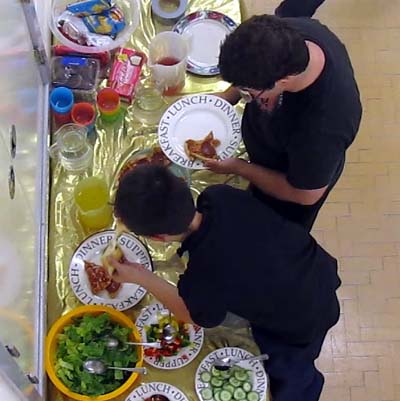 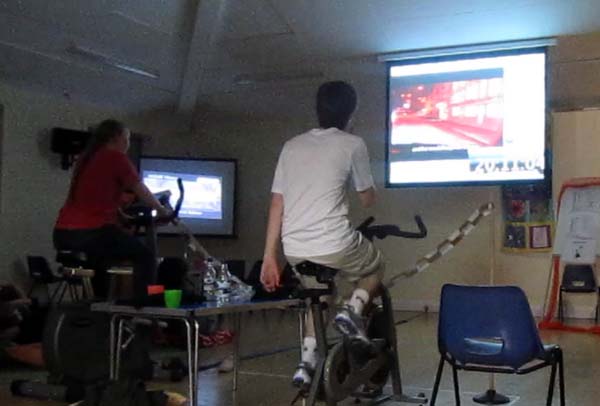 20.48: A video brings home the shocking truth about human trafficking 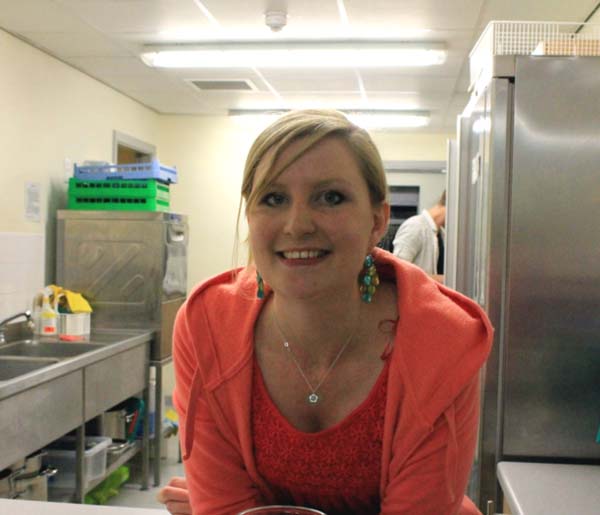 21.59: Ellen catches a quiet moment in the kitchen 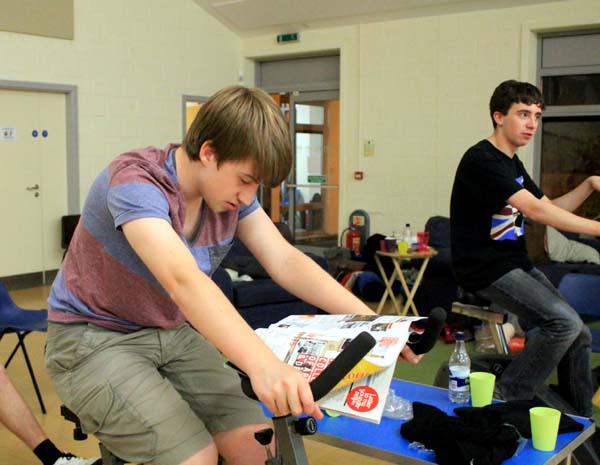 22.15: The Big Issue has a special feature on human trafficking 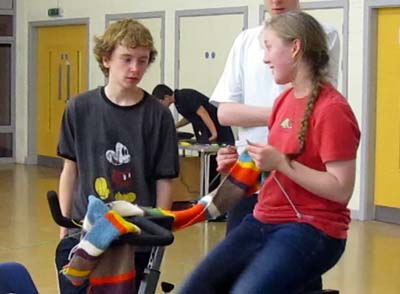 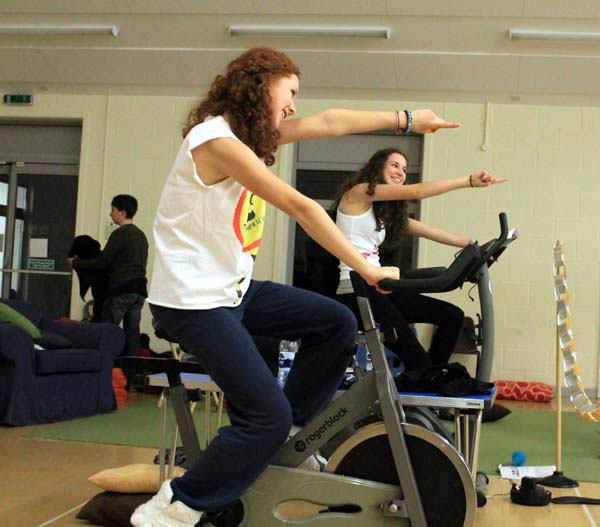 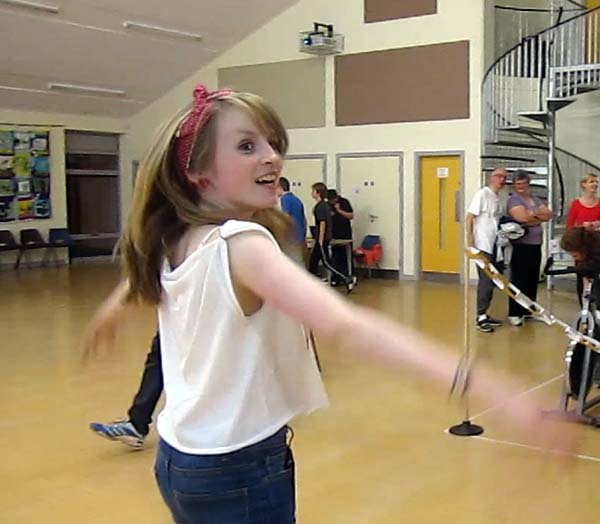 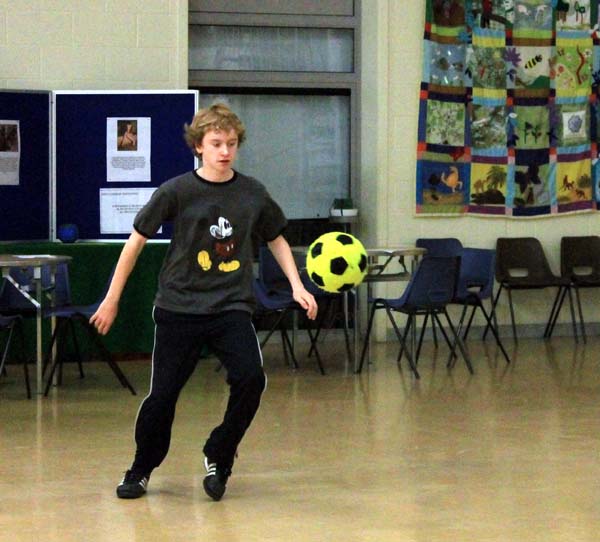 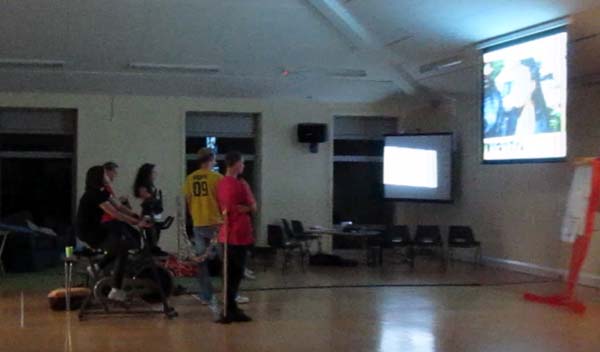 00.08: Things quieten down as the late night film begins

02.47: Some encouragement to keep going through the night 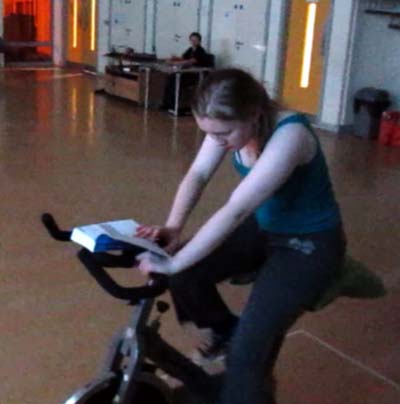 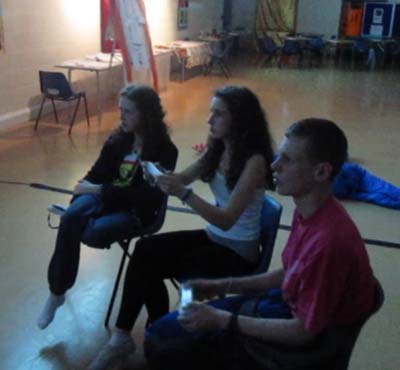 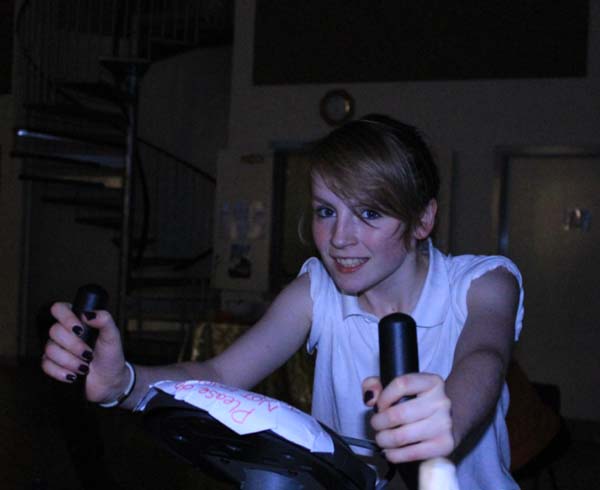 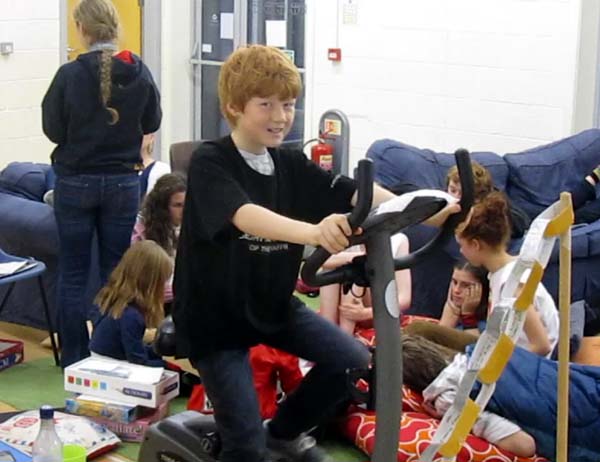 07.31: As morning comes, the younger Revive group start on the day shift 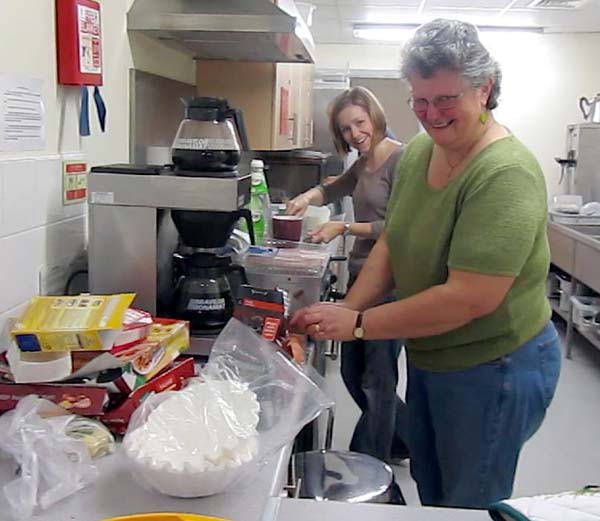 07.31: Anticipation rises as the breakfast team gets to work 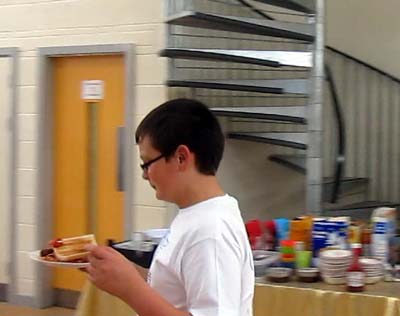 07.56: Some reward for all the hard work done overnight 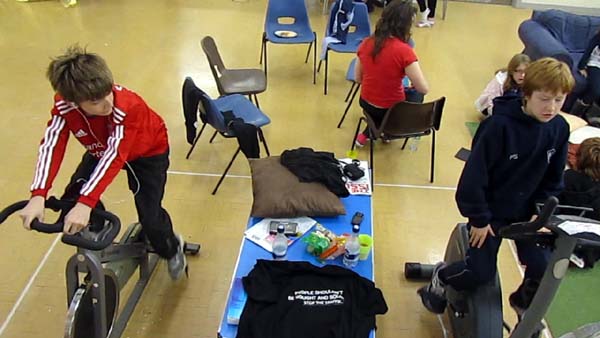 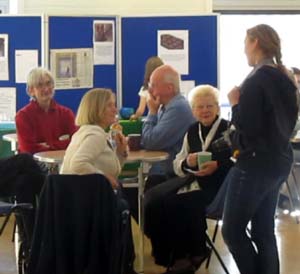 09.46: Adult members of the church made donations in return for breakfast 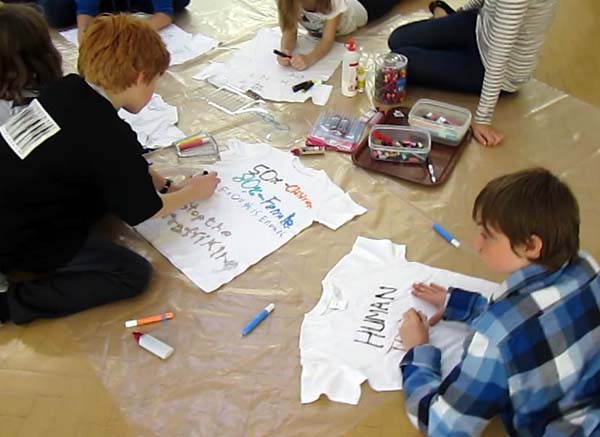 09.57: Making T-shirts to get the message across 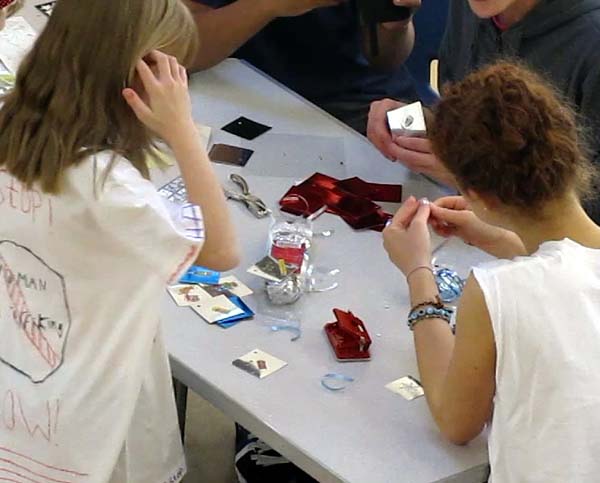 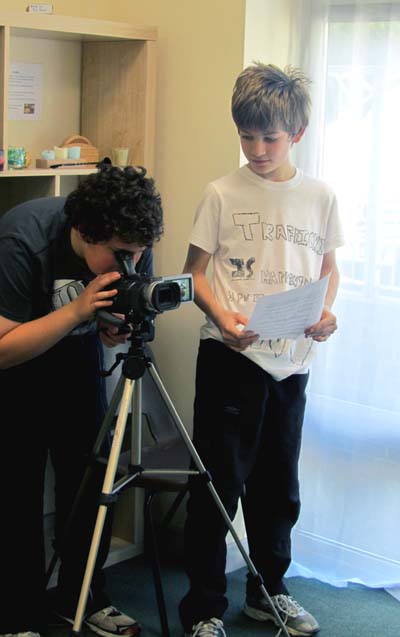 13.09/13.14: Members of both youth groups recorded their thoughts in the video diary room 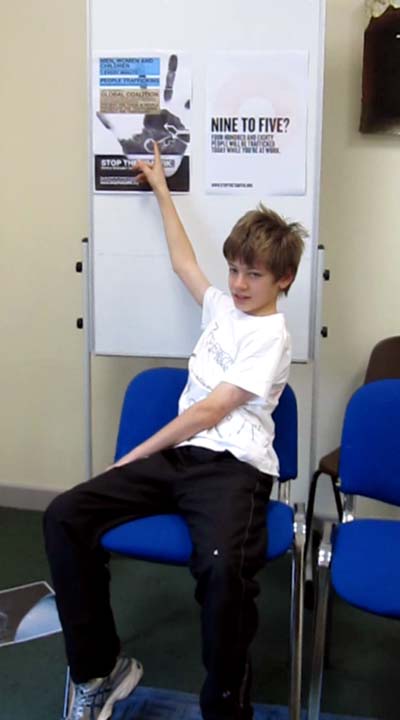 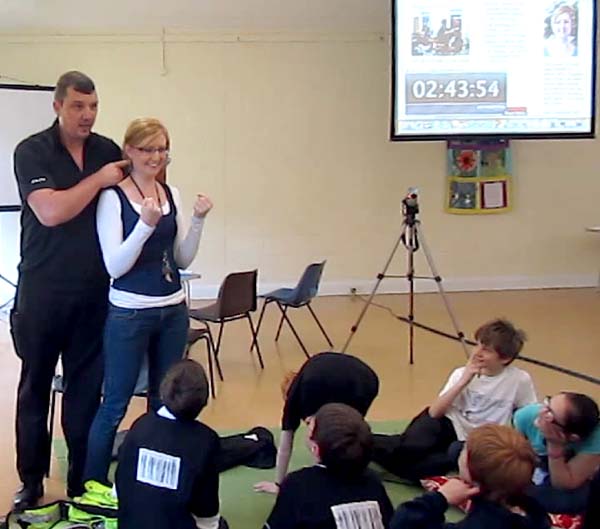 14.17: Ellen finds out how uncomfortable the long arm of the law can be 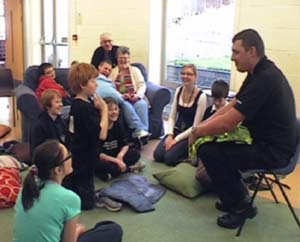 14.27: Do not attempt this at home: Members of Revive learn how to conduct a police raid

Human trafficking - the practice of selling people into forced labour or to be exploited in other ways - was one of the most challenging issues raised at Soul Survivor. This special event was planned as a response: to raise funds for the Stop the Traffik campaign, to learn more about the issue and to raise awareness among the whole church.

Human trafficking is the world's fastest growing crime, and one of the most lucrative. Adults and children are made prisoners, bought and sold like commodities and forced into dependency on their captors.

In Birmingham most trafficking is associated with the sex industry. The Stop The Traffik event dealt with these issues in an age-appropriate but realistic way.