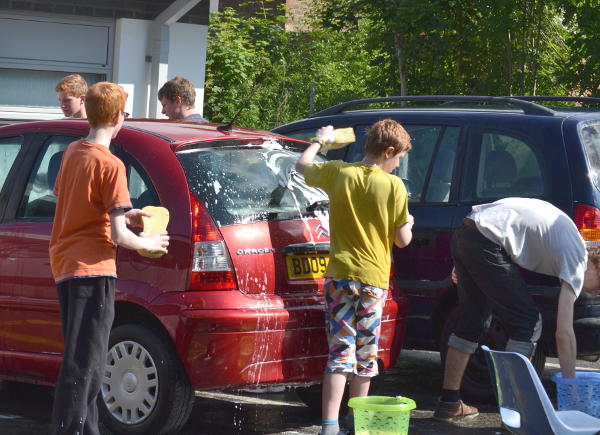 Teamwork: All ages working together at a fundraising car wash

As well as involvement in these goups, young people make a major contribution to the life of Christ Church: taking part in services, building links with Christians around the world and promoting issues that we might otherwise ignore. 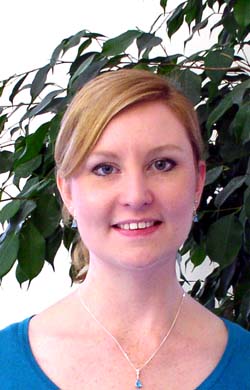 Ellen joined us as full time youth worker in January 2010. Originally from Suffolk, she spent several years training and working in the USA, most recently serving as youth pastor in a church near Boston.

During her time here Ellen's leadership and encouragement have really helped our young people to grow in faith and make an impact on the whole church.

Ellen has also played a big part in other Christ Church activities, including co-leading Messy Church for its first year.

Ellen left us on maternity leave in July 2015 and then moved on to another post in Nottingham, where her husband Colin works.

Matt Churchouse led our youth work on an interim basis. John Howell has been appointed as our new youth worker, starting in August 2016. 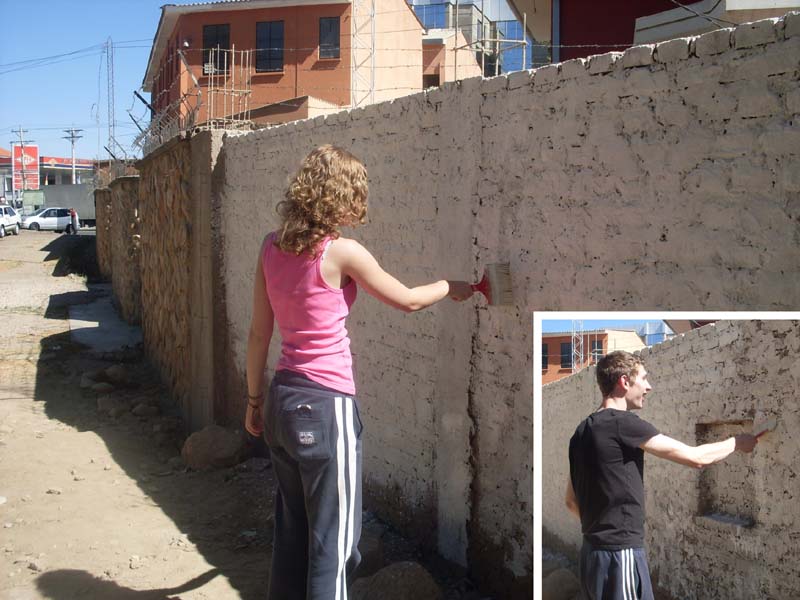 Beccy and Dan making their mark in Bolivia 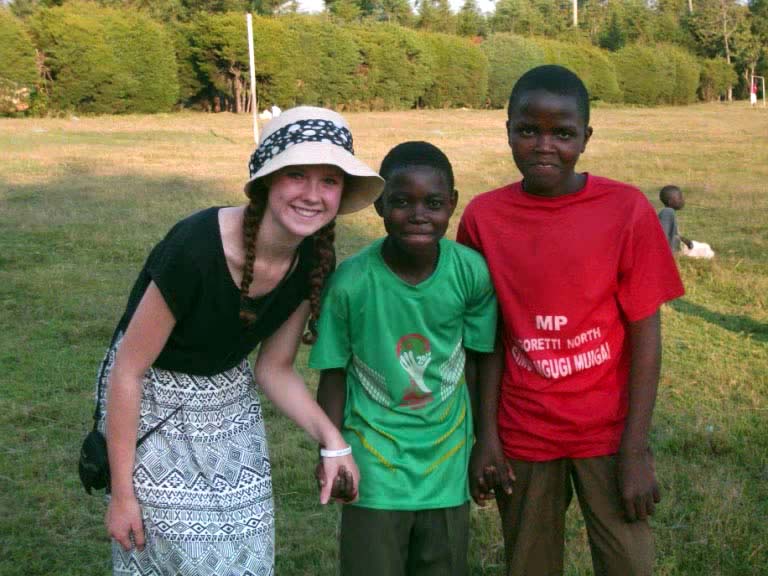 Making friends in a village in rural Kenya

When teenagers Beccy and Dan learned about the needs of Bolivia and how the church there tries to meet them, they were motivated to spend 6 weeks in the country the following summer. The links they formed and the message they brought back grew from there and led to an all-age team going to Bolivia in 2013.

A larger group of young people spent nearly 3 weeks in Kenya and Tanzania for a Youth Encounter trip in the summer of 2013. This, too, is a step on the road to forging a lasting link. 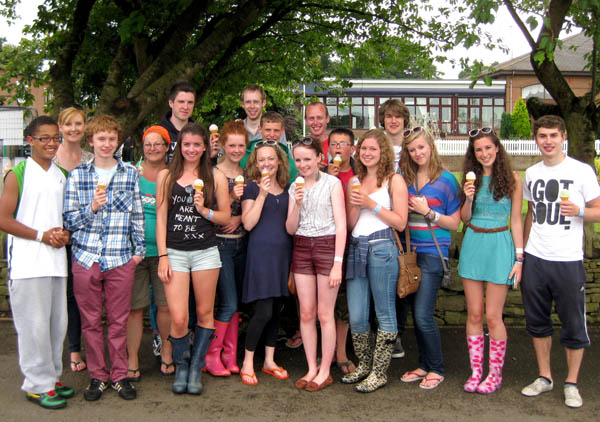 A large group from Christ Church attends this annual Christian youth festival each year. These events have had a huge impact, extending to the whole church and beyond.

Soul Survivor features many seminars and exhibition stalls focusing on various needs around the world. Back in 2010, in response to child poverty, the Reloaded group decided to sponsor a child in Tanzania, one of the world's poorest countries, to help pay for her food and education. No-one ever imagined that some members of the group would one day get to meet that child and her family on their Youth Encounter trip to East Africa. 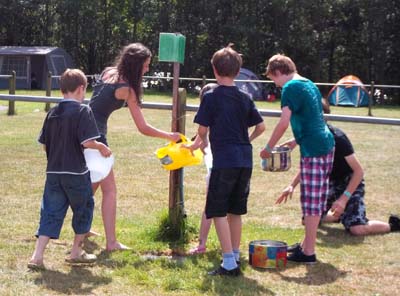 Another outcome of Soul Survivor 2010 was a commitment to read the whole Bible in a year, a challenge which was taken up by the rest of the church a few months later.

“Soul Survivor 2011 challenged the way that we live. It made us think about where our clothes come from and how we can help make Fairtrade clothing as common as Fairtrade coffee is today.” Ellen 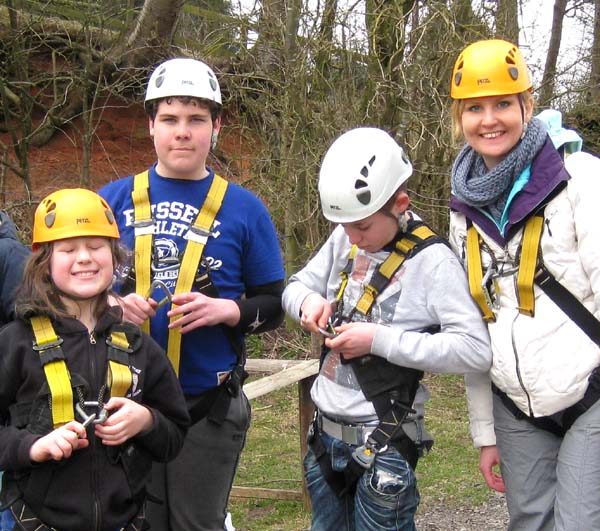 Outdoors: Putting on hard hats ready for the high ropes 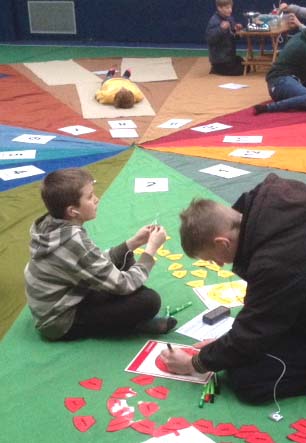 Each of the two youth groups goes away for a weekend sometime during the year, spending quality time focusing on a particular topic, enjoying outdoor activity and building the team.

In February 2014 the members of Reloaded learned about the radical message of the Sermon on the Mount - once their families had negotiated flooded roads to get them there. The Revive group enjoyed spectacular weather of a better sort in May as they learned about some of the successes and failures of Bible characters. 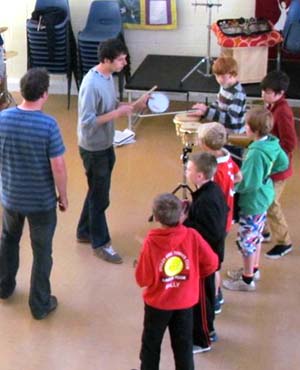 James and Ross helping to inspire the next generation

The visit of the Cymbiotic percussion duo, made up of James Bower and Ross Garrod, had been eagerly anticipated by the members of our Revive youth group. Their Saturday afternoon workshop at Christ Church did not disappoint as they got real hands-on experience of a variety of percussion instruments.

“Loved the ragtime and the percussion workshop” 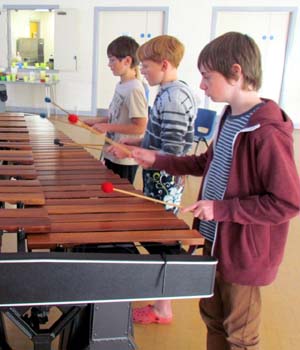 The workshop was followed by an evening concert where all ages enjoyed an exhilarating performance by James and Ross... and the members of Revive got to perform a number too.

“Absolutely amazing from start to finish... the relaxed and informal setting made it especially memorable”