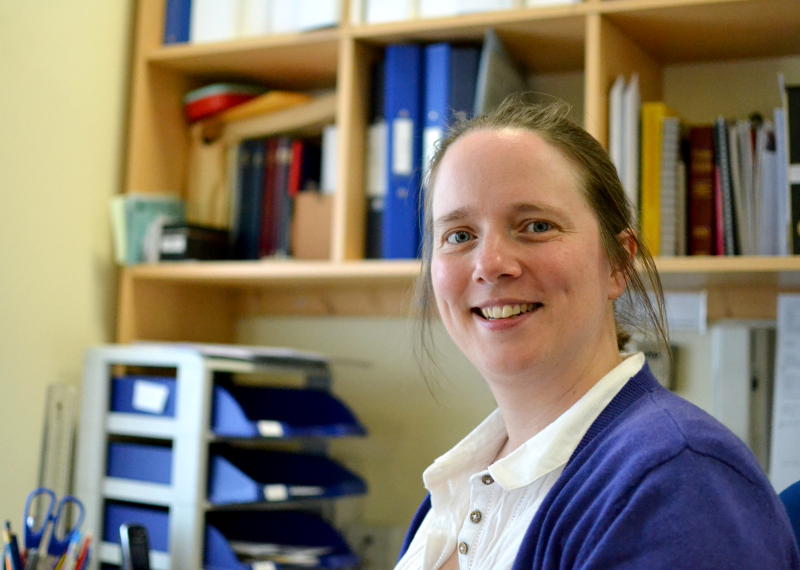 In April 2017 we welcomed Karen Johnson as our Senior Administrator. After a busy first week she spoke in a Sunday service and explained her background and what excited her about this new role. Karen succeeds Jane Jackman who retires after six and a half years as our Administrator. The office handbook Jane has compiled and passed on is evidence of the good order which she has applied to her numerous and varied tasks. What it doesn’t record is the good humour with which she has handled those times when “events” have crowded in and made the job particularly difficult.

In everything from management of the building to communications Jane has moved Christ Church forward, demonstrated the value of good administration and laid a firm foundation on which Karen’s expanded role is built. We wish her a long and happy retirement. Karen was interviewed at a Sunday morning service

“I originally came to Birmingham for university, and stayed on because I loved being here. My first job was in a GP surgery, and then I worked for Christian organisations where my roles included involvement in children’s ministry and running city-wide events. I’ve spent the last 4 years working for a mental health charity near Cambridge but really felt drawn back to Birmingham – especially when several people drew this post to my attention. Birmingham feels very much like home.”

“I’ve met so many people in my first week here! It’s been amazing to see how much goes on in this building through the week and how many people are involved. I’ve felt so welcomed and well cared for.”

“Not everyone gets excited about administration, but I’ve always had a heart for enabling other people to do what God has called them to do. In all my roles I’ve seen myself as being able to release other people by having systems in place, or sometimes by just getting on and doing the paperwork. My passion is to enable the people and resources in the church so that we can achieve more for God.”

Karen’s post is titled “Senior Administrator” to indicate the extra responsibility it carries. It will be more of a strategic leadership role: helping to implement and co-ordinate decisions taken and to develop better structures within Christ Church. An important element of this is recruiting, managing and encouraging volunteers.