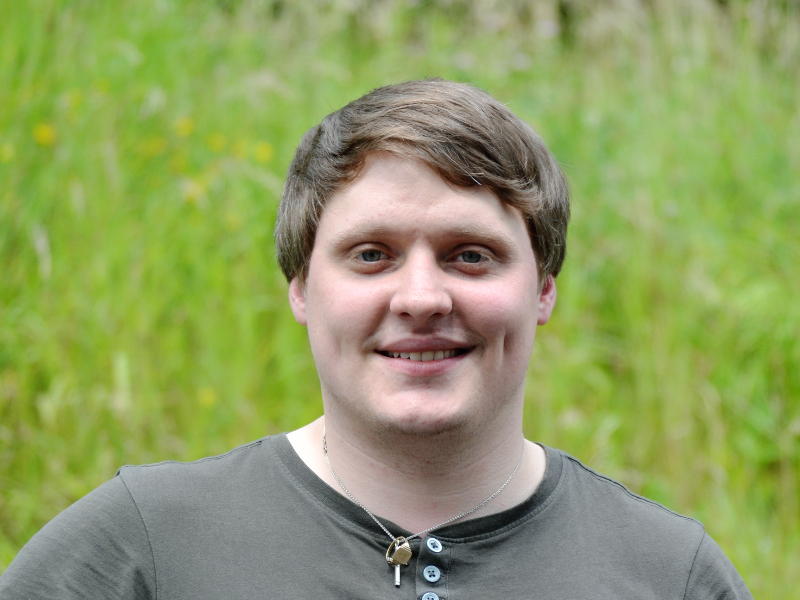 John Howell has been appointed as Christ Church’s youth worker. In this article John introduces himself and looks forward to his new role. Find out more about related activities on our youth page.

I was born into a Christian family in Swindon and grew up in the church, but it wasn’t until I actually met with God that my faith became something real and important in my life. Since then my faith has grown and deepened through school, university and the first few years of my working life.

I graduated in 2012 with a degree in History and Politics from Aberystwyth University and then began the first of three different placements with charities across the world. I spent a year working with students and organising events for the Student Christian Movement before joining West Midlands Christian Aid in 2013.

I then went on to work as an International Citizen Service Team Leader for Tearfund in Rwanda. I was responsible for supporting, managing, encouraging and generally keeping safe six others a bit younger than me. Three of them were from the UK and the other three were Rwandan. It was a great time helping local communities, working with people from a different culture and learning to trust God as I took on a new challenge. John (near centre) served with Tearfund in Rwanda

It was during my time with Christian Aid that I began to attend Christ Church. My friend Pete was already here and I stayed especially because there was a great group for people of my age (thank you Martin and Dilys!) and I was so busy with my internship that I didn’t have time to look anywhere else.

The trust in God that I gained in Rwanda led me to apply for the Youth Worker post at Christ Church. I’ve been volunteering with the young people here for the last year, helping on Sunday mornings and evenings with the two age groups. It’s been a lot of fun getting to know them more and helping them think through their faith. Ever since I found out that Ellen was leaving I was thinking about it and whether I should apply. Was it something I wanted, something God wanted me to do or both? At first I was unsure whether I was what the church was looking for and decided to let it go. Then when I heard that the deadline has been extended I decided that I still felt a calling from God and I should do what I’ve always done and knock on the door to see if God would open it. I’m delighted that he has!

As I look towards taking up the role my two dominant emotions are excitement and affirmation. It has been really encouraging to have heard God’s voice, followed it and had it all work out just as he said. I have also been blessed by the positive reactions of people around me, members of the church and the young people themselves. I’m excited about serving them and helping them to learn more about God. Please remember me in your prayers both as I begin the new role and in the months and years to come.